The Forensic Border Coalition was established in 2013, and consists of the following partner organizations:

In the Central America-Mexico-US border migrant corridor region, one of EAAF’s major initiatives is the Border Project/Proyecto Frontera, begun in 2009. The Border Project aims to create a Regional Exchange Mechanism on Missing Persons and Unidentified Remains, affecting Mexico, Central America, and the US, in order to provide an effective, regional, and scientifically based response to families across the region with missing migrant relatives, as well as significantly improve both the identifications of missing migrants, among unidentified remains in the region, and the response of governments to families searching for missing migrant relatives. The Border Project addresses human rights violations relating to missing migrant cases in the region, largely responding to three issues: (1) an increased number of migrant deaths, particularly along the U.S.-Mexico border, and a high rate of unidentified remains; (2) to varying degrees, insufficient governmental response across the region to properly investigate or work to identify remains that could correspond to migrants, and the routine neglect and/or harassment of Mexican and Central American families searching for missing migrants by government officials; and, (3) the lack of a regional, coordinated forensic system to exchange information on a massive scale concerning these cases, as well as lack of an integrated missing persons system, together with the absence of clear protocols for processing unidentified remains that may correspond to missing migrants in Mexico and the US.

The Colibrí Center for Human Rights was founded in 2013, building on nearly a decade of work done by the Missing Migrant Project in Arizona. Colibrí’s database of missing migrants and unidentified remains found along the United States‒Mexico border is similar to that of NamUs, but is private. Colibrí builds sanctuary around the process of searching for a missing loved one on the border by building strong relationships with both families of the missing and the forensic scientists who investigate unidentified remains cases. Colibrí is based in Arizona and works most closely with the Pima County Office of the Medical Examiner (PCOME), which has provided in-kind support to Colibrí in the form of office space and equipment, allowing the collaboration to be a regular part of the daily investigation process at this county office. Colibrí supports the investigation of migrant cases in Pima County by managing all incoming inquiries from families of missing migrants, providing detailed ante-mortem data to forensic practitioners and producing identification hypotheses that can then be followed up scientifically. The relationship between this governmental office and this non-governmental, non-profit organization is an innovative practice that protects both the needs of families and honors forensic best practices. Although based in Arizona, Colibrí’s database contains reports of migrants missing in all four US border States, and the Center has supported over 100 forensic identifications made in both Arizona and Texas. At the time of publication, Colibrí was working to complete the post-mortem side of its database to include reports for unidentified remains found outside of Arizona. Colibrí first collects detailed missing person report from families who believe their missing loved one disappeared on the US side of the border, and then collects DNA from the relatives to compare against unidentified human remains. Families generally contact Colibrí in one of three ways: (a) calling the PCOME; (b) submitting an enquiry through Colibrí’s website; or (c) contacting Colibrí through Facebook. Colibrí’s small team then takes detailed, forensically relevant missing person reports by phone, which are then entered into their database and compared against records for unidentified human remains. Colibrí’s bilingual staff is trained not only to collect accurate, forensically relevant data, but also to approach families with understanding, respect and an attitude of partnership. In addition to taking missing person reports and managing forensic comparisons through its database, Colibrí also works with families of the missing and dead to advocate for the reform of unjust policies. Along with families who live in the United States, Colibrí is building a family advocacy network to push for better treatment of migrants in the United States.

The Forensic Anthropology Center at Texas State (FACTS) is a research, education, outreach, and service center within the Department of Anthropology. The mission of FACTS is to advance forensic science and anthropology by providing a unique environment that stimulates innovative, creative, and interdisciplinary research, education, outreach, and service that advances forensic anthropological knowledge, theory, and practice. Beginning in 2013, FACTS began a service-learning project ‒ Operation Identification (OpID) led by Dr Kate Spradley. OpID was founded to facilitate the identification and repatriation of unidentified human remains found along or in close proximity to the South Texas border through community outreach, scientific analysis, and collaboration with governmental and non-governmental organizations.

In Texas, not all migrant deaths are sent to a medical examiner’s office. The Rio Grande Valley Texas receives the highest reported number of undocumented migrant deaths in the state each year, and these deaths fall under the jurisdiction of a Justice of the Peace (JP). When any individual dies and the circumstances surrounding death are unknown, the Texas Code of Criminal Procedures requires a forensic examination, collection of DNA samples, and submission of paperwork to an unidentified and missing persons database. However, due to the high volume of deaths and lack of county resources, most counties were overwhelmed and began to bury the undocumented migrants, most without proper analyses or collection of DNA samples, without documenting the location of burial leaving little chance that these individuals will ever be returned to their families. In turn, families are left without knowing what happened to their son, daughter, mother, father, brother or sister.

The process of identification of migrant remains in Texas, as in every other border state requires collaboration. FACTS faculty and staff work closely with all FBC partner organizations facilitate identifications in addition to foreign consulates and the National Center for Missing and Exploited Children, as some of the cases represent individuals under the age of 18. Working together with our undergraduate and graduate students, we serve the families of the missing and law enforcement agencies within Texas that have limited resources to pursue identification efforts. Operation Identification facilitates exhumation, processing, analysis, storage, and identification efforts of migrant deaths from South Texas. Without our efforts, many families would never know the ultimate fate of their loved one.

In Houston, the Migrant Rights Collective was established in Fall 2012 to address the growing numbers of migrant deaths in South Texas and support locating the missing and identifying the dead. The Collective works together with families in the Houston region who are searching for missing loved ones to achieve the following: (a) pressure authorities for policy changes at the State and federal level; (b) seek necessary services; and (c) give visibility to the issue of migrant deaths and unidentified human remains on the border. The collective, originally named the Working Group to Prevent Migrant Deaths, grew out of and is connected to a number of local immigrant rights groups that formed Houston United. After learning that some of the unidentified migrant remains in South Texas had been buried without taking any DNA, the collective pressured government officials to comply with the Texas State law mandating the collection of DNA on all unidentified remains. 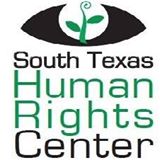 STHRC is a community-based organization in Falfurrias, Texas, and dedicated to the promotion, protection, defense and exercise of human rights and dignity in South Texas. The objectives of the center are as follows: (a) promote policies to prevent migrant deaths; (b) strengthen the capacity of families to locate missing loved ones; and (c) increase public awareness of migrant deaths and militarization of the United States‒Mexico border. Founded in 2013, the center works closely with the Brooks County Sheriff’s Office to collect missing migrant reports, which are then uploaded into NamUs. The collaboration between this law enforcement office and this community organization is another innovative practice that simultaneously protects the needs of families, and allows for the forensic comparison of unidentified remains. In addition to taking missing migrant reports, STHRC also installs water stations and does extensive search-and-rescue operations along migrant trails in Southern Texas. The center currently maintains over 100 Water Stations and is continually establishing more water stations in counties where migrants deaths are occurring. The STHRC is a partner of The Missing Migrant Response Network, that consists of Derechos Humanos, No More Deaths, and the Aguilas del Desierto in an effort to respond to urgent distress calls by migrants and their families for rescue attempts.

The mission of the Department of Geography at Texas State University is to provide its students with educational experiences of the highest quality, to conduct vital research that benefits society, and to serve our communities, from the local to the international, within a framework of academic freedom, the diversity of people and ideas, a spirit of inclusiveness, and a global perspective. The Department of Geography has 34 full-time faculty members, over 700 undergraduate majors in BA and BS programs, and over 100 graduate students in our Master of Science (MS), Master of Applied Geography (MAG), and PhD programs. The Department is also home to eight, active student-led organizations, a variety of summer study abroad and US-based fieldwork experiences, and an internship program designed to maximize our students’ professional development and career opportunities. Faculty’s areas of research include physical geography, environmental hazards, climatology, water resources, Geographic Information Science, remote sensing, cartography and geovisualization, political, urban, and economic geography, Mexico and Central America, and geography education.

The UHCL Anthropology program emphasizes cultural anthropology and understanding diversity in Houston, the United States, and the world. Through coursework, students explore world cultures and global challenges, human rights, and immigration, among other topics. Associate Professor Christine Kovic together with students in the program have collected and analyzed public documents to trace migrant deaths and unidentified remains and helped to coordinate Missing in Harris County Day to support families searching for missing migrants.

In addition to the organizations discussed above, there are dozens of other efforts that are critical in resolution of missing migrant cases in the Americas, including Coalición de Derechos Humanos and No More Deaths/No Más Muertes in Arizona, Ángeles del Desierto and Águilas del Desierto in California, Movimiento Mesoamericano, Comité de Familiares de Migrantes Fallecidos y Desaparecidos de El Salvador in El Salvador, and Comité de Familiares de Migrantes Desaparecidos del Progreso. These organizations provide invaluable support to and advocacy for families of missing migrants throughout the Americas.